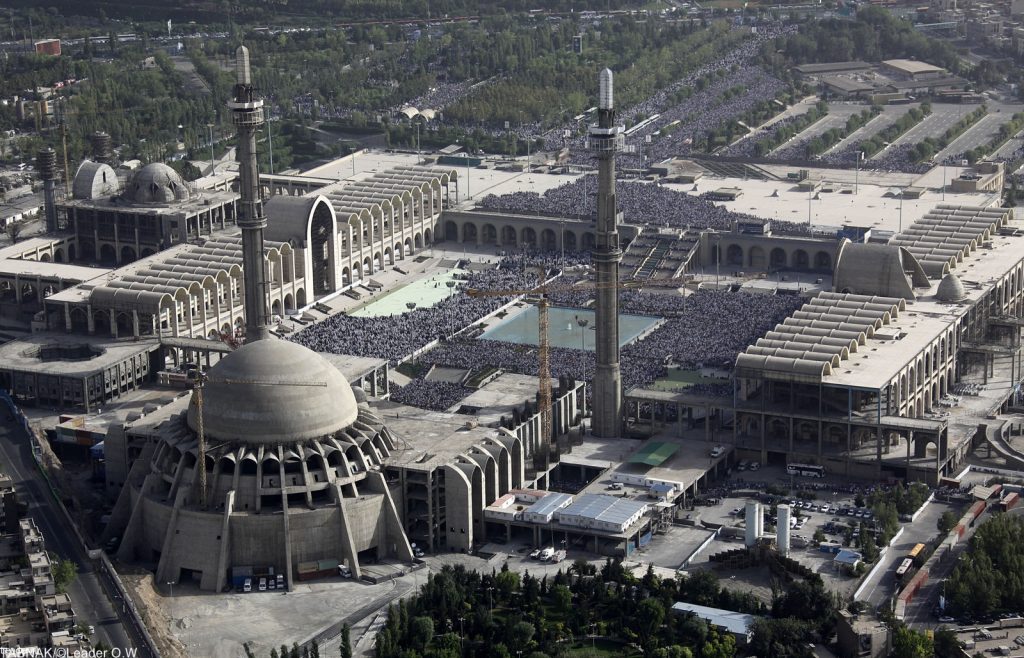 The modern movement in Iran addressed a different clientele to in Europe, namely the elite of the country, and therefore much earlier became a “lifestyle” propagated through advertisements and articles in contemporary magazines. It was at the time of Pahlavi when Tehran was transformed into a “global city” with explosive growth in area. Abbas Abad, the large north-central neighborhood of Tehran, was originally developed to house members of the military. In the mid-seventies and by the order of the government, a group of renowned foreign planners and architects designed the multibillion-dollar Grand Abbas Abad Development Plan (to be called Shahestan-e Pahlavi – not unlike La Défense in Paris) to house embassies, government ministries, residential and commercial high rises over 550 hectares of open space (the first of its kind in the Middle East and the largest in Asia). It was not realized due to the 1979 Islamic revolution and the sole remnant of that mega-project is Jahan-e Koodak highway. During the last seven years the Abbas Abad Site has been the Cultural and Leisure Pole of Tehran the capital. The similarity of the planning ideas of pre-revolutionary Shahestan Pahlavi and the Islamic republic planning is obvious, which would be explained during this tour; includes visits to the Shahestan Pahlavi, Abo Atash Park, The Tabiat Bridge, Holy Defense Museum, and the Book City Garden where one can stroll, eat and enjoy buying books, The Mosalla of Tehran as the greatest mosque in the Middle East, National Library and the Ministry.