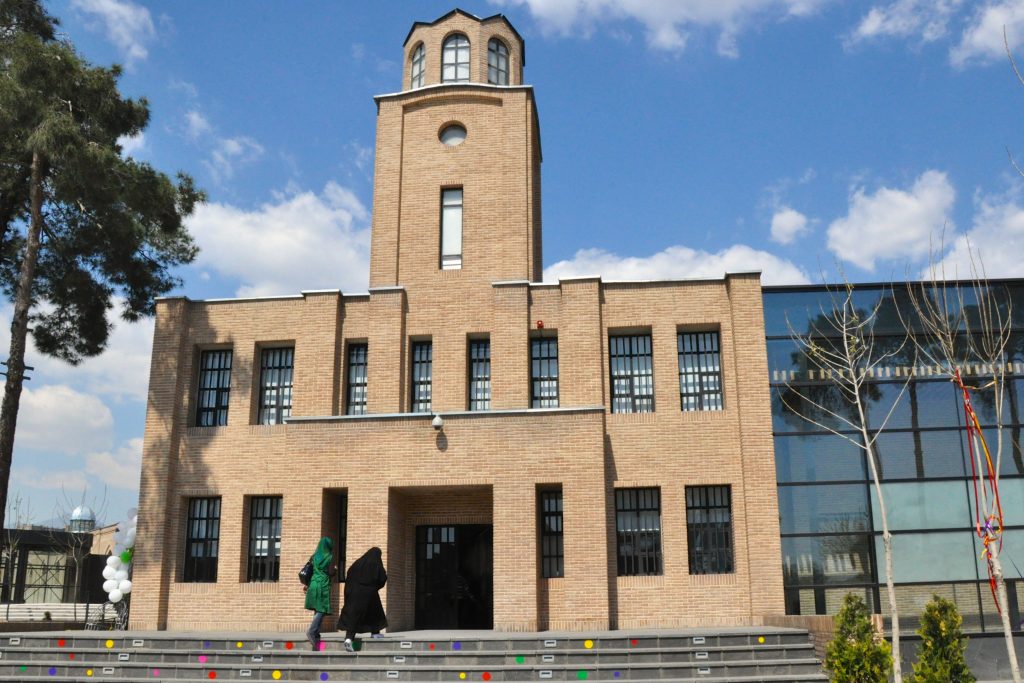 Andre Godard was one of the non-Iranian architects who had great influences, he was a graduate of the École des Beaux-Arts of Paris, he studied Middle Eastern archaeology, particularly that of Iran, and later became known for designing the country’s first modern archeological National Museum of Iran. Godard was responsible for the restoration of major historic monuments of Iran, such as the Friday Mosque, the Shah Mosque, and Mosque of Sheikh Lutfallah of Isfahan among others.  He was also instrumental, together with fellow architect Maxime Siroux, in the design of the National Library of Iran, Tomb of Hafez, and Central Pardis, the main campus of the University of Tehran. Godard’s architectural work, while limited was important because reflected his intimate knowledge that he put to good use in his preservation practice. Nicolai Markov, an architect of the avant-garde at Pahlavi time, studied architecture and Persian literature in St. Petersburg. After the Russian Revolution, he decided to stay in Iran. His designs, particularly of educational centers, are influenced by the traditional Iranian Islamic and pre-Islamic architecture. The Alborz High School is his first work; many others followed: Schools, public buildings, factories, urban residences, religious buildings, mosques and churches. Markov was a leading figure of the Iranian architecture between 1920 and 1940.