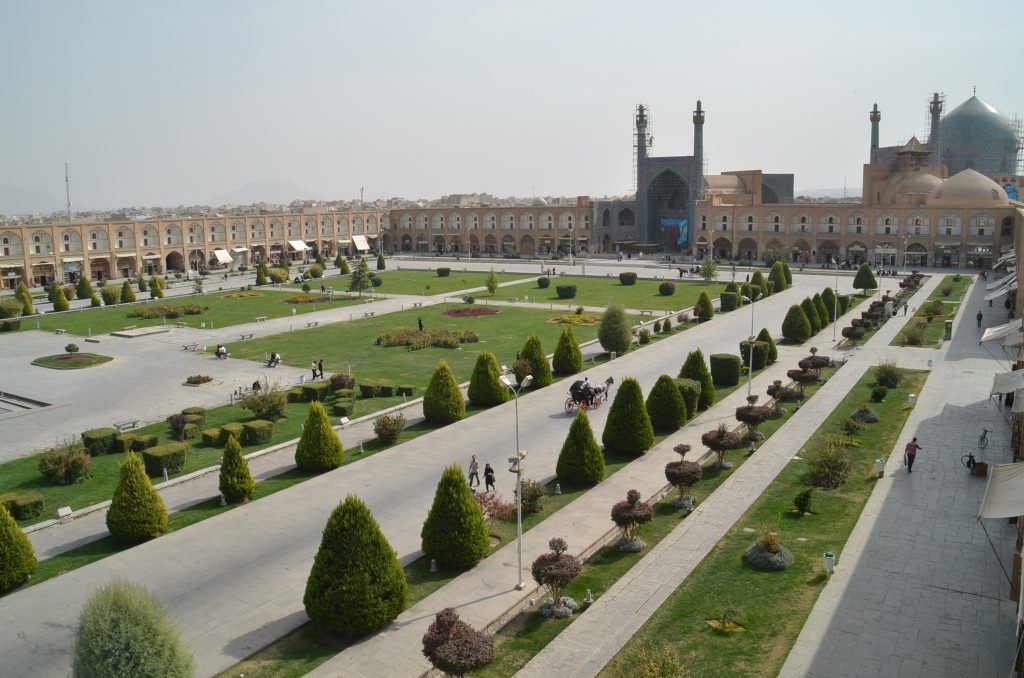 Welcome to Isfahan, half of the world!

The history of Isfahan can be dated back to the Palaeolithic age. In recent archaeological excavations, artefacts from this as well as the Bronze and Iron ages were discovered. Ancient Isfahan was part of the Elamite empire. When Shah Abbas became ruler of Persia’s Safavid dynasty in 1587, he chose Isfahan as his capital and undertook to make it eclipse all other cities. During his reign he built many palaces, mosques, gardens, bridges that the inhabitants boasted: “Isfahan nesfe Jahan”_”Isfahan is half of the world.”

Isfahan is located on the southern route of the Silk Road, a network of caravan routes linking the Mediterranean by land to East Asia via Central Asia. Isfahan, as capital and centre of the empire under the Safavids, played a strategically-important role and became the  centre of a trade network spanning several continents. Shah Abbas I’s expansion program included not only the restoration of the routes that had existed for millennia, but also the expansion of a densely-interwoven road network between the caravanserais, which grew to 999 in Iran. These caravanserais were generally spaced at intervals of 25 – 30 km.

The oasis Isfahan is located 1,400 m above sea level and is dominated by the Zagros Mountains. Desert rocks form the background to turquoise domes and high minarets and break up the maze of brick domes and roofs. The vegetation, which greatly surprises the newly-arrived traveller, was certainly lusher in seventeenth-century Isfahan than it is today, due to urbanisation and traffic.

In 1840, the French architect Pascal Coste he surveyed and recorded the most important monuments of Isfahan and wrote in his excellent work Monuments modern de la Perse mesures, dessinés et décrits, published in Paris in 1867: “If a traveller approaches Isfahan from any direction, he immediately notices that he is facing a vast, beautiful city. If he arrives in summer, the gardens outside and inside the town cover everything with their green foliage and hide the rather low buildings from the view. Only the minarets of numerous mosques scattered throughout the whole town stretch their elegant steeples into the air, conveying an immediate notion of the size of the town to the visitor.” 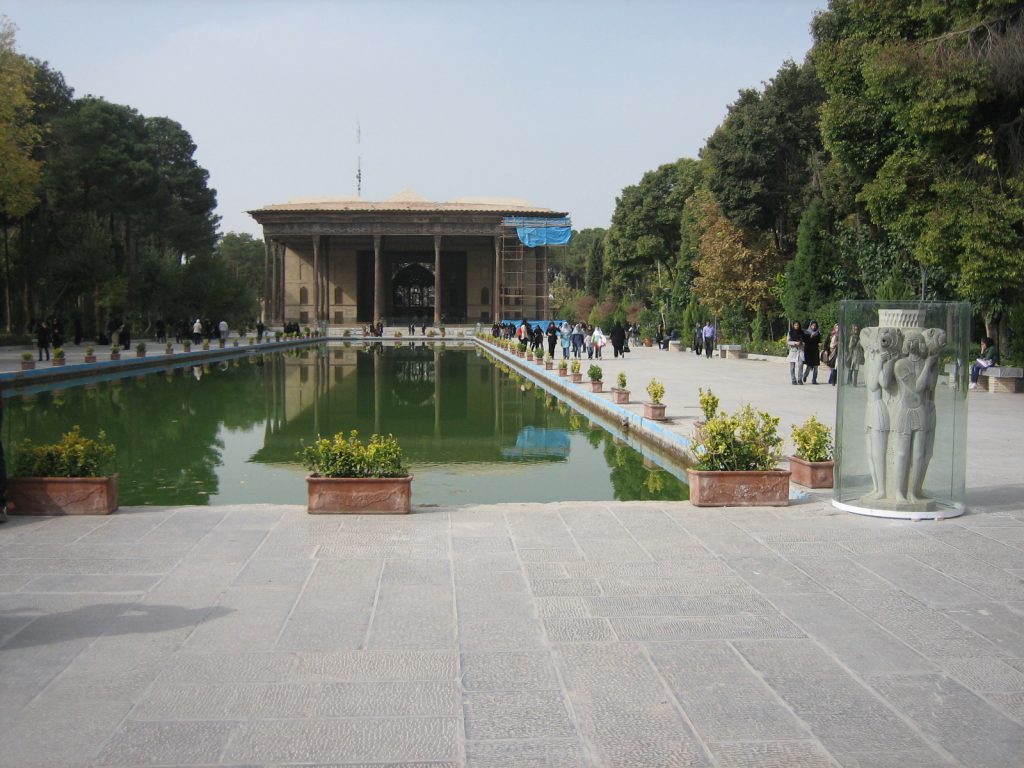